Although breast cancer is mainly linked to women, many are unaware that men can also suffer from the disease without this meaning that they have some feminine trait in their sexual identity.

Boys have breast tissue just like girls. In puberty due to the absence of female hormones, boys do not develop breasts and the tissue remains atrophic, that remnant is located mainly behind the nipple, and these cells can mutate and form a cancer just like the cells in the female glands.

Breast cancer in men is a rare disease, less than 1% of men will suffer this type of cancer, but we should discard it as a diagnosis. On the contrary, due to the ability of this cells to spread quickly, it must be taken into account.

The causes of this disease in man are multiple, can be caused by genetic mutations, a history of gynecomastia (abnormal growth of the mammary glands in men), use of hormones (mainly in some athletes), liver problems such as cirrosis, that causes the development of the mammary gland, hormonal problems, testicular diseases and chromosomal disorders as Klinefelter’s syndrome. 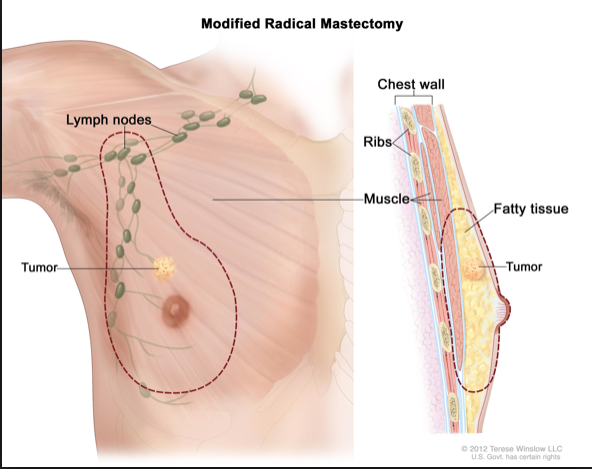 When there is more than one relative, female or male, who has suffered from breast cancer, periodic evaluation should be recommended to the men of that family.

The evaluation is done through the clinical examination, mammography, breast ultrasound and finally the biopsy, if necessary, which is the exam that will confirm the diagnosis.

Some time ago it was thought that the disease in man was much more aggressive and dangerous than in women, today we know that it is not so. However due to the small quantity of tissue that is found in the male breast, cells tend to spread faster and reach distant organs in less time.

The diagnosis of the disease is delayed in men since they usually do not pay special attention to that area. Therefore when it is diagnosed, a tumor of more than 2 cm has already been formed or there are other unusual signs such as discharge through the nipple, oftenly blood, which may mean an advanced tumor that has probably already spread to other organs.

The most common age of onset is between the sixth or seventh decade of life. However, it can occur in young men. Therefore, no lump or tumor that appears in the pectoral area should be overlooked.

The treatment is basically the same as in breast cancer in women with surgical procedures and hormonal or chemotherapy. Surgery is usually aggressive. Breast conserving techniques are not uused in men. If there are affected axillary nodes, they are also removed.

Men respond very well to hormone therapy, in fact their response is much better than in women. Therefore, the subsequent treatment ensures a good prognosis and life expectancy after the illness that reaches up to 96% of survival at 5 years.

If you want to know more about this topic you can check the following web pages: